The 8th annual Sour Fruit Fest will feature more than four-dozen exclusive Cascade sour fruit beers on rotation throughout the week, with at least 25 sour beers on tap each day at the Barrel House, and at least 20 at The Lodge. The event takes place from open to close daily, Wednesday through Sunday, at both locations. Admission is free, beer tasting costs additional.

“The combination of sour beer and fruit is really at the heart of our blending program at Cascade Brewing, and we work incredibly hard to incorporate a wide variety of ingredients throughout the year,” explained Kevin Martin, Director of Brewing Operations. “Our Sour Fruit Fest is really a culmination of those efforts and celebrates the creativity of our team and the agricultural bounty of our region.”

The following beers will headline each day at both pubs: Pineapple Rosemary Sour on Wednesday, Fruitopian Noyaux on Thursday, Nectarine Dream on Friday (with a live tapping at the Barrel House that night at 6pm), Honeycot on Saturday, and Collab Day on Sunday––featuring Pearpawsterous (Upland Brewing Co.), One Way or Another (Bruery Terreux), Chêne Des Fous (Burial Beer Co.), and a sneak preview of a collaboration with Beachwood Brewing.

About Cascade Brewing
Cascade Brewing has been a pioneer in the sour beer renaissance since 2006 and the proud innovator of the Northwest Sour Ale. Its distinctive sour beer blends feature fruit forward, barrel-aged ales with an emphasis on project year-to-year variation. These beers offer a complex array of flavors derived from the acid, the fruit and the residual flavors present in the barrels in which they age. The resulting beers offer a complex array of flavors and aromas derived from with each project year release capturing the unique subtleties of that year’s growing season. Cascade Brewing’s sour ales are brewed and blended in Portland, Oregon. For more information, visit CascadeBrewing.com. Cheers to the sours; enjoy in a profoundly wise manner. 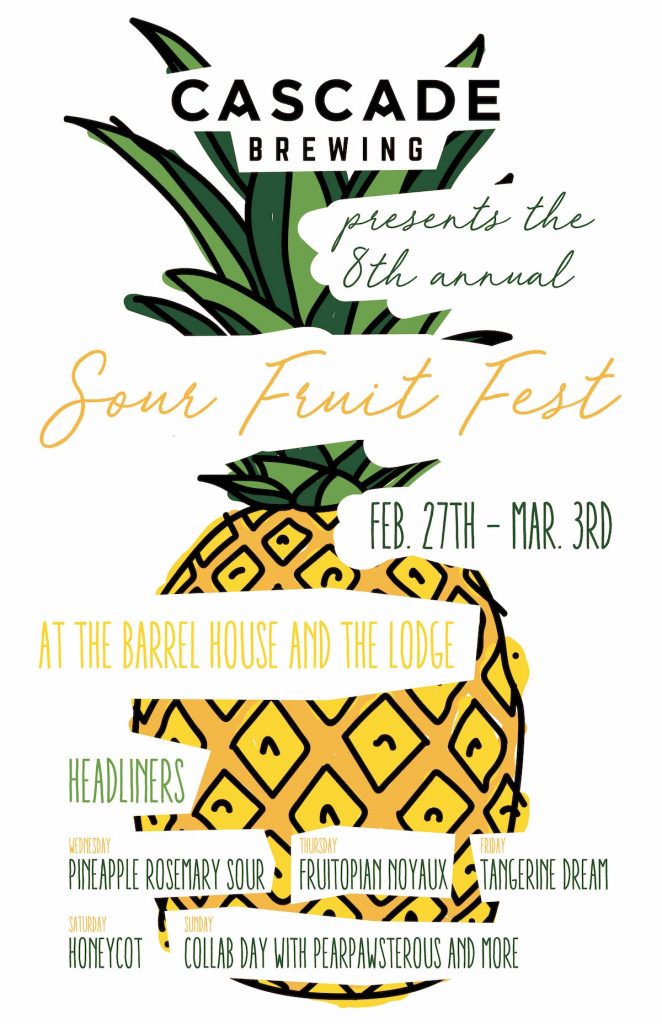